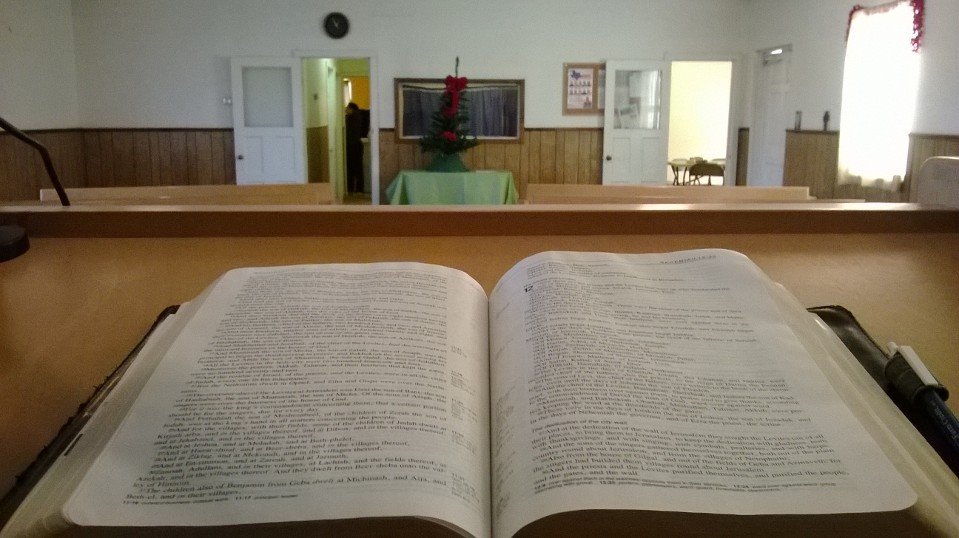 There I sat across the table from a man who would determine whether my qualifications were strong enough to warrant a position within his company.

“What brings you to Brownwood?” He asked.

“I am coming here to start a church to reach the lost and unchurched of the Brown County area,” I said. I know that talking about church planting, state mission work, and religious work to someone in a secular setting like a business meeting or job interview can sound insane, but I had to answer the question honestly. Besides, if I couldn’t tell a potential employer my plans, then would I be able to effectively share the Gospel to the general public?

My future employer then joked that I was another preacher who thought he could convert the city of Brownwood, Tex.

To those outside the church, I can understand how insane it must seem. When the general public thinks about missions, they think about soup kitchens and clothing drives for impoverished people living in a desert overseas. They don’t think about ministers taking to the streets of their hometowns preaching the Gospel, desperately trying to reach the lost they pass by on a daily basis.

So, when you tell someone that you are a state missionary sent to a town that already has a few dozen churches in the same denomination, and hundreds of others, they probably wonder if you are really a scam artist or cult leader.

This type of thinking is not limited to the lost and unchurched, either. Often, pastors, ministers and denominational leaders will evaluate the legitimacy of a mission project based on how many other churches of like faith are located on the field of labor.

In both scenarios, you may hear someone say, “We already have too many churches.” Others will say that the presence of so many churches dishonors Christ, because it shows that Christians cannot get along. After all, shouldn’t we want to come together in one large glorious church and be one big happy family? In a perfect world, maybe so. In the perfect world that God will create after He destroys sin once and for all, we will.

Until then, however, we live in a fallen world.

When I came to Brownwood, I was immediately introduced to a few churches, and dozens of individuals who were faithfully serving the Lord in spirit and truth who worked tirelessly to reach the lost. Some helped us get Life Point started. Upon meeting these dedicated servants of the Lord, I wondered why God would call me to a place where so much Gospel activity was already occurring.

Through time and experience, God taught me that He called me to Brownwood because, despite the best efforts of so many, there were still those who needed the Gospel, who would respond to the Gospel.

In business, there’s a concept called market penetration, which is the measure of the sales or adoption of a product in a particular market. Companies work to increase market penetration by increasing promotions, offering new outlets to purchase their product, and diversifying their efforts to reach different demographics within the market.

Subway restaurants drew a few odd stares when they announced the opening of a new store inside a megachurch. (That’s a different subject for a different day). In explaining the move, Subway representatives simply said, “If we think we can sell sandwiches in a particular location, we’re going to open a store in that location.”

If you look around, you’ll notice that there are Subway locations everywhere. A small town near my home that cannot support a traditional restaurant has a Subway.

The same tactic has been employed by McDonald’s, 7-11, and the Southern Baptist Convention. A location on every corner penetrates the market, and increases “sales.”

Yet, no one ever complains of there being too many McDonald’s restaurants, 7-11s, or Subways. They do, however, complain of too many churches.