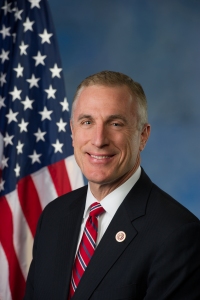 The word itself comes from an ancient Greek word tied to acting, portraying a character, or a theatrical production.

So this word doesn’t so much apply to the Christian who stumbles in sin as much as it does to the public personality who lives double lives.

Several flagrant instances of hypocrisy surfaced in the news this week.

After logging those hours, she died of a heart attack.

This atrocity happened while the public television station openly lobbied against a Japanese cultural problem where employees are literally working themselves to death. As they ran stories accosting companies for working their employees to death, they themselves worked their reporter to death.

Their practice didn’t match their public image. They were guilty of the very practice they disparaged.

When that affair resulted in the conception of a child, Congressman Murphy pressured his mistress to have an abortion. The Washington Post chronicles a series of text messages between the two.

In a Jan. 25 text message obtained by the Pittsburgh Post-Gazette, Edwards said Murphy had “zero issue posting your pro-life stance all over the place when you had no issue asking me to abort our unborn child just last week when we thought that was one of the options.”

According to the newspaper, a text response from Murphy’s cellphone number that same day said that his staff was responsible for the antiabortion messages: “I’ve never written them. Staff does them. I read them and winced. I told staff don’t write any more. I will.”

Translation: This guy disagreed with the very issue he used to win a seat in Congress. His campaign speeches and promises, therefore, were nothing more than the words of a snake-oil salesman.

He might as well have said, “My staff writes this crap, I just read it.”

And finally, The State Street Corporation, the company behind the now-famous “Fearless Girl” statue, was busted by the U.S. Department of Labor for paying female and minority employees less than their white-male counterparts.

This is another example of a company promoting a virtue that they, themselves, are unwilling to practice.

These examples are just the latest in a decades-long string of perverted companies, organizations and individuals who claim to be the standard-bearers on modern morality, but underneath are crooked and corrupt.

These individuals and organizations are wolves in sheep’s clothing, putting forth a moral front while decaying our culture with their decadent practices. They are to be rejected completely.

What our culture needs are people who are the real deal, who believe what they say they believe and conduct themselves accordingly. We’re not asking for perfection, just a single individual who doesn’t lead double lives.

What do you believe? What are your values? Are you happy with them? Do you want to change them? Figure that out, and live accordingly.